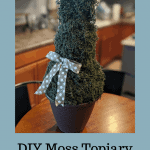 I first saw this bunny on my Facebook Dollar Tree Diy Projects group.  I knew from first glance I would have to give the DIY Moss Topiary  Easter Bunny a try. It’s just so darn cute and has so many uses. It could sit on a buffet table, a fireplace mantel or hearth, or it could even be a cute table center.  As you may have guessed its made from Dollar Tree items. This is not a small bunny. Mine measures 30 inches tall. While this looks like a long project it really doesn’t take more than 3 or 4 hours tops, mostly because you have drying time on the spray paint, and I waited for mine to dry after I put on the adhesive spray as well. 3. Floral Moss, I used 5 bags, but I could have only used 4 but the puppy, more on that later. 4. Bunny ears. It’s from the large bunny head, not the small one. 9.  Flower Pot big enough for the large bowl to fit into.

10. Some flowers for the tail

Tools you will need:

How to make the DIY Moss Topiary Easter Bunny Take your wire cutters and cut the ears off the bunny head. Remove the white tinsel from the ears, but leave the cardboard in the middle. Push the ears into the styrofoam. Hot glue around the base of the ears. It should look like this. At this point, my husband was not convinced this was going to be a cute topiary bunny. He said it looked like a space alien. Well if it doesn’t work out maybe I have a jump on Halloween.  The next thing to do is to spray paint the whole frame.  Always, always, always use your safety equipment. Spray paint smells yucky. And as luck would have it, it started raining outside so I had to bring my little bunny alien in to finish up. If you can, do this part outside because the moss seems to grow legs and end up all over the whole house.  Maybe it just stuck to the puppy feet and got all over the house that way.

Open up your bag of moss and put it into a container. It will be a big lump when you open the bag. use your fingers to open it up until it looks like the moss in the picture below. Now the real fun starts, gluing the moss to the frame. First off let me say I tried painting Elmer’s glue on and sticking the moss to it, but it didn’t work. I ended up doing what others before me had done and hot glued the moss to the frame. Plan on spending about an hour and a half doing this. I put lines of glue on and then grabbed a handful of the moss and pushed it into the glue.  I ended up putting the glue lines closer than shown. Do these 3 parts fairly fast so the glue does not dry before you can push the moss into the glue. Be careful about burns with the hot glue. Just keep going until the whole thing is covered. I did the whole bottom bowl then the top of that ball all the way around. Then I did the seam where I had glued the bowels together. Next, I did the head the same way as the body, and I stuffed some moss into the opening between the balls.  I was almost done but needed to stop here because the next step was an outside only job. This is where we have to talk about the puppy.

Because we have a parrot I never spray anything in the house, ( it could kill the bird) so I took the bunny outside and put it on a small portable table. The next step is to spray the bunny with adhesive. I left the adhesive spray in the house, and when I cam back the bunny was in two pieces and Calli dog was playing with the head. So I had to stop here and do bunny repair. Bunny now has a name. Humpty Dumpty. But how could I be mad at this face? No Pup the DIY Moss Topiary Easter Bunny is not a toy. You can’t see them in the picture but Humpty had some major bare spots. I had to repair the spots and hot glue the head back on. Now I took the bunny outside again to spray it with adhesive spray. This time I locked Pup up in her kennel while I worked.

I used Loctite repositionable spray. I don’t think it was supposed to be the repositional kind, but that’s what I had on hand.  Lay the bunny over on its side, spray then sprinkle more moss, being sure to cover any bare spots. Then give it a gentle pat.  Do this quickly as well, spray, sprinkle, pat. Now you have to decide if you want fairy lights or not. The next 2 pictures are one I made for my Mother In Law, and she wanted a different bow and lights.  As you can see the wires show, unless you want to go back over them and hide them with more moss. My husband thought it made it look more like a real topiary with the wires so I left them. To add the lights you just wrap them around the bunny.  For how to make the bow for this bunny look here. Hang on we are almost done just a bow and a tail left to go!

I have another short post on how to make the bow here, because I use it often it gets its own place. If you want the kind of bow on the bunny above the post and video are here. Now hot glue the bow onto the bunny and hold in place till it’s dry. And finally, make the tail. I cut apart a stem of Dollar Tree Hydrangeas and used 3 of the flowers, two with leaves. I glued the 3 flowers together by the petals. Be careful or use tweezers for this. I burned the heck out of my finger.  I just glued a few petals from each flower into a circle. The final step was to glue the tail to the bunny. I used the leaves from the flowers to glue with since they were bigger and would hold better. And finally, grab your flower pot and sit the bunny on top. I put a brick inside my flower pot to make it a little more stable. Personally I also decided not to hot glue the bunny to the pot, but you could,  I think it will be easier to store after the holiday without the pot. 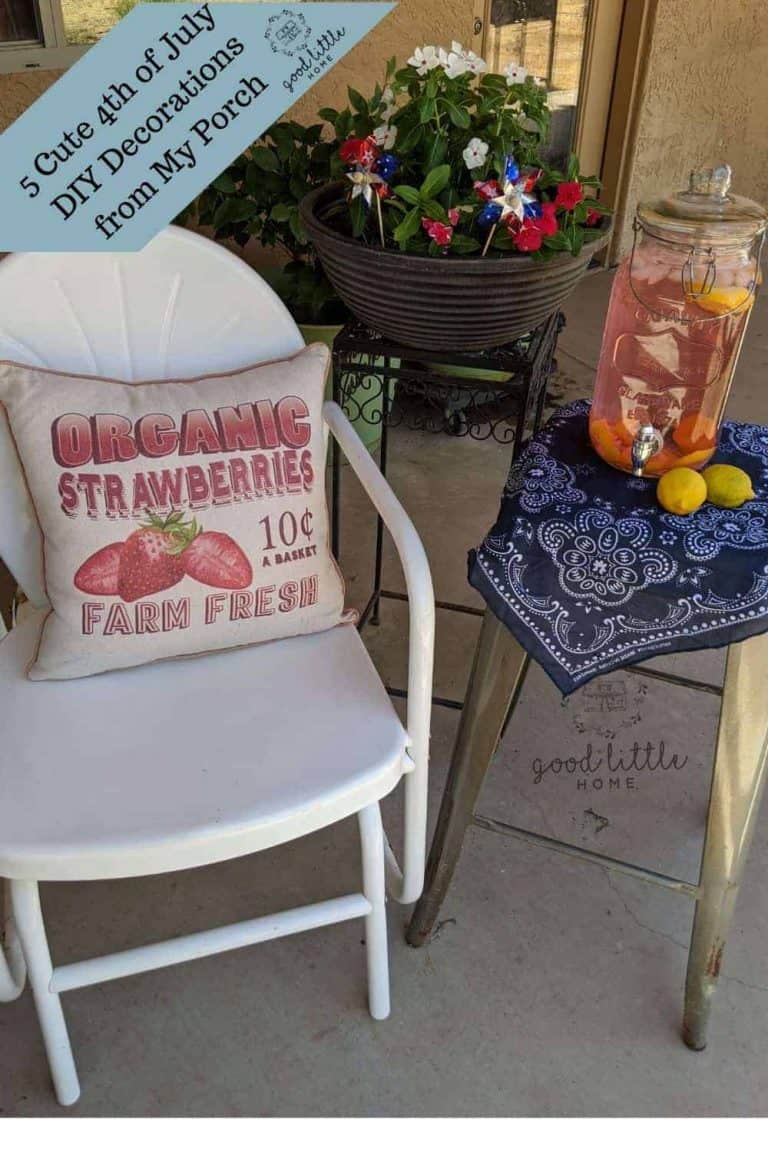 These patriotic decorations were fun and easy to make. They were really quick decorating wins. I used them outside on my porch, but they could be used inside.  Materials: USA Stars  2 stars from Michaels 1 Star from Walmart U,S, A letters from Walmart Acrylic paint in Red, White, and Blue Adhesive dots from Dollar… 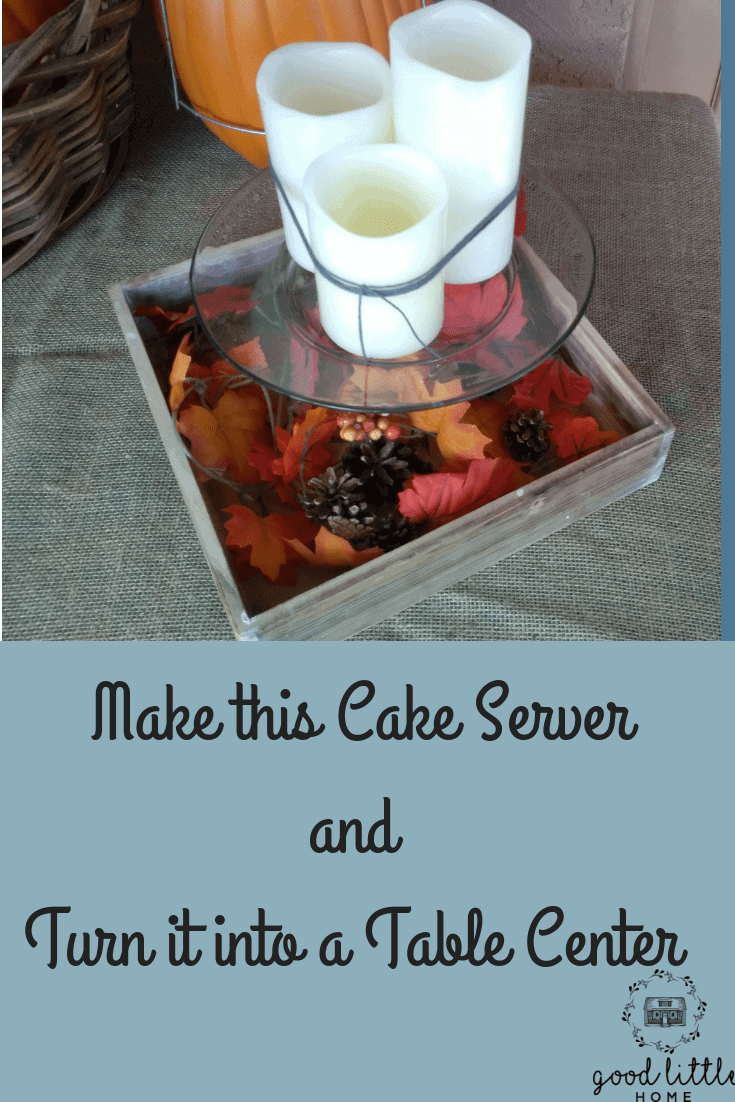 This Cake Server Table Center was so crazy easy I am almost embarrassed to call this a tutorial.   You literally just glue a plate to a candle holder.  My pro tip.. use E6000 glue in a well ventilated area, and clean the plate and candle holder with denatured alcohol before you glue them.  I found… 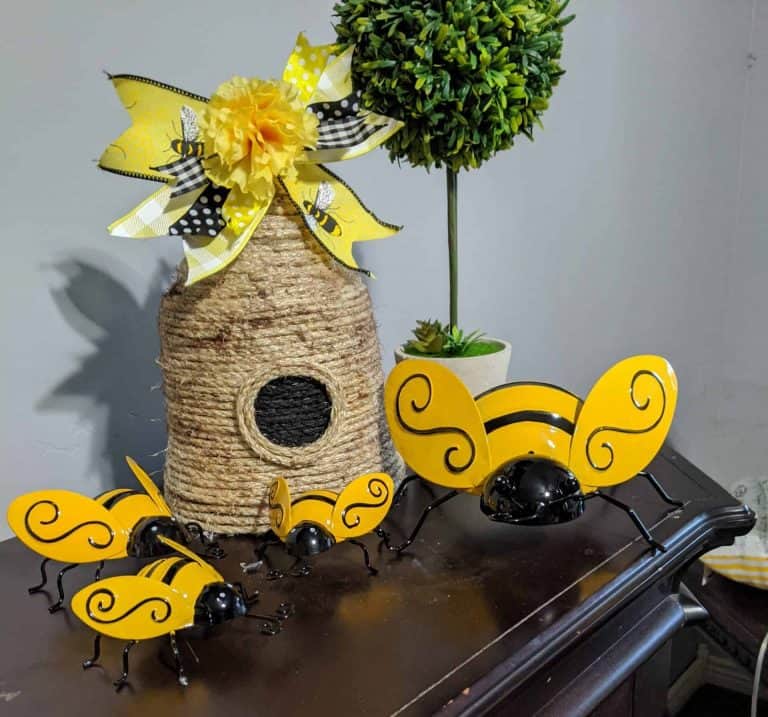 This Honey Bee Home is an Adorable DIY     What is a bee Skep? Well it’s a Honey Bee Home.  In early times beekeepers used straw baskets as honey Bee homes. They took skill and time to make. Want to see how they did it? Look at this article in Modern Farmer. Ours will not… 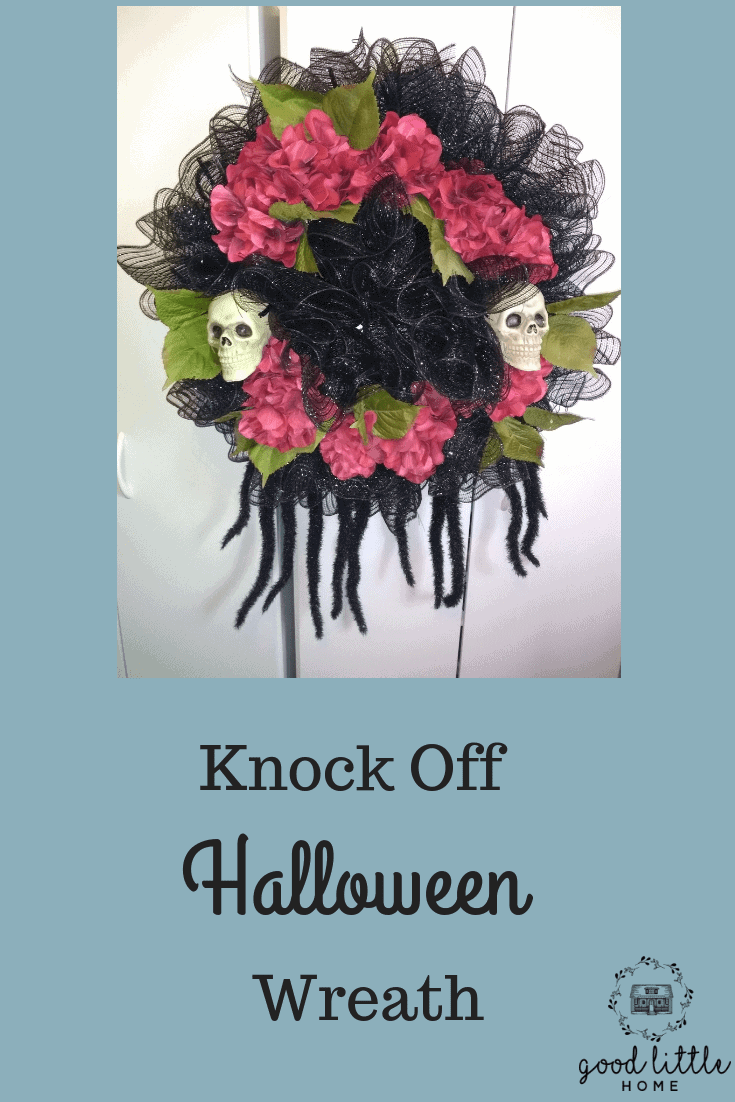 My sister loves Grandin Road Halloween stuff. I love my big Sis, but not enough to buy her a Halloween wreath priced at $129.00. What I did do was to figure out how to make one myself.  Introducing my Knock Off Halloween Wreath.   Mine came in at $41.00. Let me show you how I did… 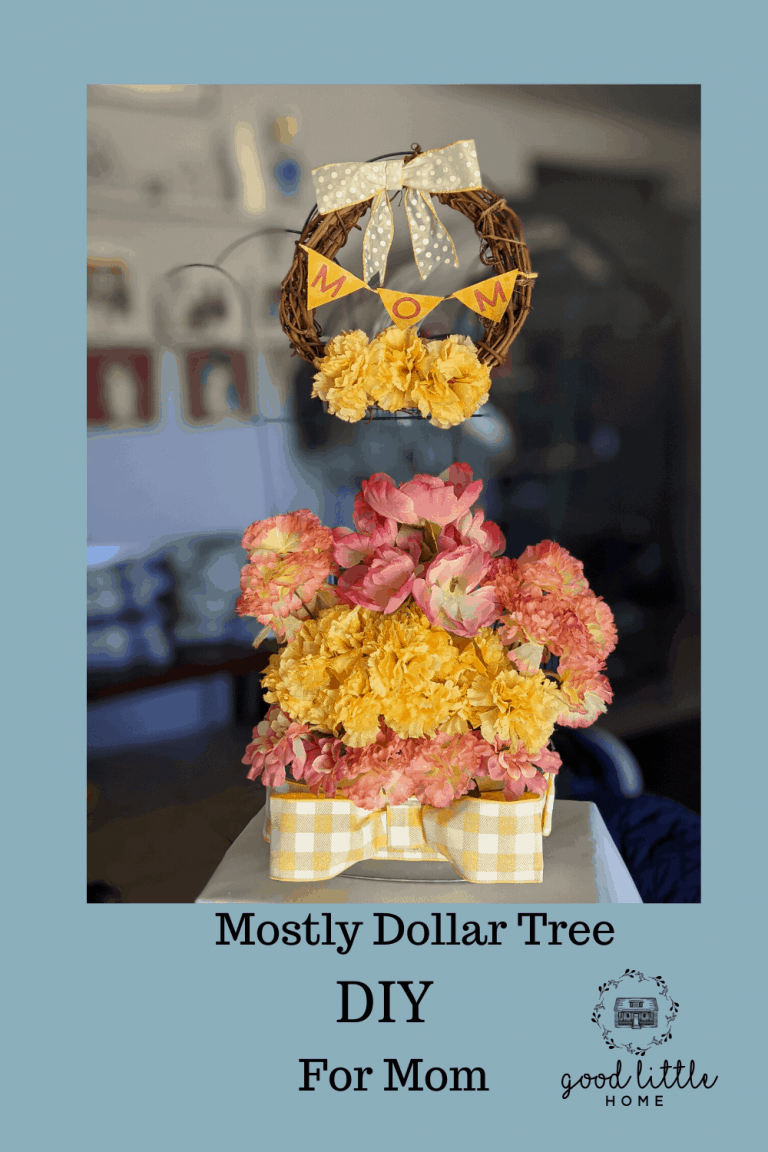 Mother’s Day Table Decoration Mom will Really Love in  7 Simple Steps      When you think of Dollar Tree do you think of a Mother’s Day table decoration that looks like it came from a high-end department store?  No? I didn’t either until I started looking for inexpensive table decor ideas for parties. So…

How to Make The Cutest Wax Warmer Bunny for your Easter Mantel Who wouldn’t want this little cutie on their Easter Mantel or part of an Easter Vignette? Not only is this so cute, but it’s also a cheap Easter decoration, since its all items you can get at the Dollar Store.  It’s a very…