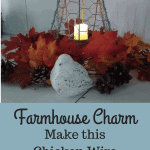 This is a fun little project to make, and it  really does add farmhouse charm, with a chicken wire votive on a table or in a centerpiece.  It went together much faster than I thought it would.  I got this done in about two hours start to finish.

This  was my first time using chicken wire in this kind of a project, and it was something that changed into something else several times as I went along. First it was  a chicken wire cloche, using a tomato frame, then I decided I wanted a different shape. I was thinking about what I could used, and a lamp shade came to me. I just happened to be at Home Depot and saw the one I used on clearance for under $4.00, so I grabbed it. After I got it all put together and was about to clip out the part that goes under the light bulb it occurred to me that it was just the right size to hold a small candle, and a votive holder was born.

Chicken wire tends to be sharp and pointed when it is cut, so I was picturing needing to wear gloves, and bust out the heavy wire cutters. I was actually able to use my hands without gloves, and just use my Tin Snipes to cut the wire. I do recommend eye protection, because sometimes small pieces of wire will come off.

This was a really inexpensive project for me,  all I had to buy was the paint, the lampshade, and the votive. I had the wire and the tools already. If you have to buy wire you will have plenty for another project. This came in at less than $10.00 for what I used.

What you will need:

Frame/Lampshade get this at Walmart or a thrift store

Chicken wire-Amazon actually has a good price on this

Small White Bird- I had this, and I can’t find another one right now at a good price. You can just play with putting things you already own with it.

Spray Paint-Walmart, Amazon has a good price as an add on item, but if you are not spending $35. at Amazon Walmart is better.

Candle- Amazon, yes you only need one, , but these are handy to have around. If you are shopping at Walmart they have them also, but again only in a 12 pack, and they were more expensive than Amazon when I got mine.

As I said I just lucked into getting this one on clearance, just make sure it is not the style that clips onto the bulb. You want the kind that goes under the bulb so you have a place to put the votive. Thrift stores often have lamp shades so don’t pass them up.   The first thing you need to do is to remove the cover from the shade. This was actually the hardest part on mine. I used a razor blade knife to cut the fabric away. Then I pulled the remaining material off. When I say pulled, I tugged, scrapped, and used pliers to get the part that was glued to the frame off.   When I was done the frame was sticky. You can use olive oil on a paper towel to remove adhesive residue. It works great.  Here is the before and after on the lamp shade frame. I just laid the frame down on the wire

instead of measuring, my bad I know, but it was not an exact science so I felt comfortable doing it that way. If you want to measure you can. I  just cut out a square of wire about one row longer than the widest part on all 4 sides. I started at the bottom and attached the wire there first. Bend the wire around the frame  with your fingers. I did this across the whole bottom first. Then I used my needle nose pliers to pull the wire around the frame. After that I used the pliers to twist the wire around the frame. These little wires can be really sharp so make sure you get them twisted to the inside and as tight against the frame as you can. After the bottom I did a side.  The picture below shows the frame laying flat on the wire. Use your Tin Snips to cut the wire about 1/2 inch from the frame. Then bend and attach just like you did on the bottom. This is what the side looks like when you have bent the wire, but not attached it with the pliers yet. See the little sharp wires sticking out? That’s what you grab and bend with the pliers. And finally this is what it looks like with one side completed. Repeat for all four sides. And Now Paint It

All that’s left to do now id to paint it. I decided I wanted mine a flat gray. If I could have found spray paint that looked like galvanized metal I would have used it instead. I bought the flat gray , flat black, and silver spray just in case, but as I said I went with the gray. (it’s really an auto primer) Finally this is what it looks like at night with just the candle. Dress it up for Fall or Christmas as I did in the top photo. All I did for the top photo was to add a few garlands of leaves, scattered some pine cones, and sat a small white bird in front of it.   I hope you enjoy making and using your Chicken Wire Votive Holder. 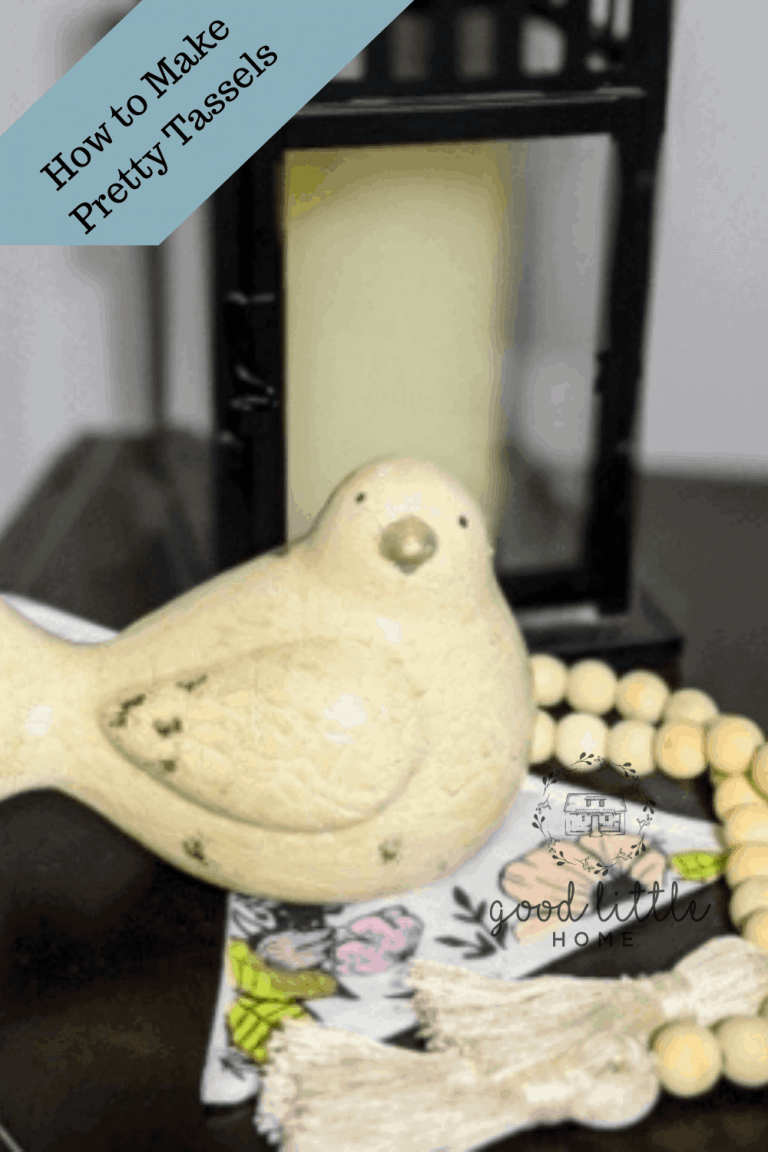 How to Make a Tassel Do you know how to make tassels? They are so pretty and can really dress up a plain piece of decor. I almost didn’t write this post because I looked at tassels and thought there just can’t be that much to making them. There really isn’t. After I made a… 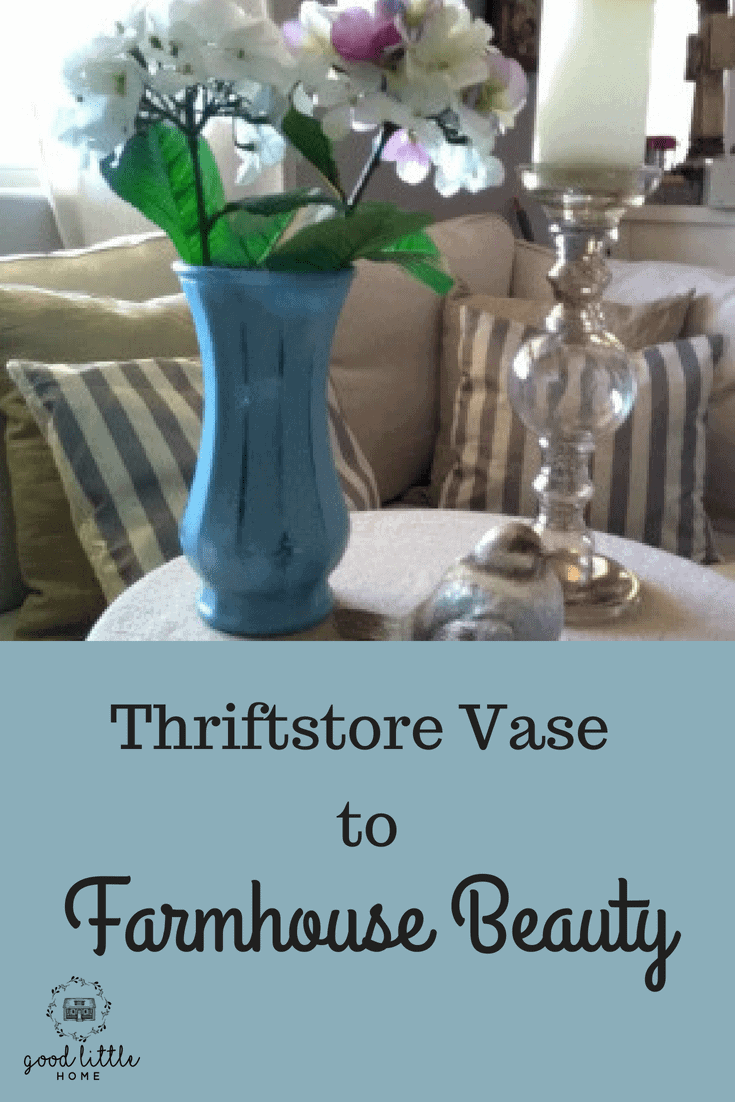 This thrift store vase to Farmhouse Beauty is so quick and easy you will be making one for every room, and one all of your friends.  I think I am going to pick up another vase next time I am near a Goodwill, I want one in an antique white with Sunflowers for fall.  …